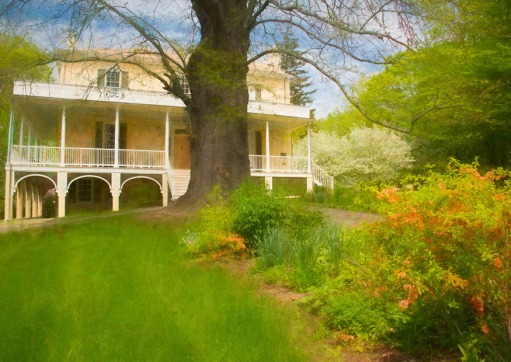 In 1818 a 17-year-old youth arrived in the USA with his parents and sisters from Bolton, Lancashire, England. The Industrial Revolution hadn’t been kind to the father of the family, and so they decided to try their fortune in the fledgling country across The Pond.

That youth, whose name was Thomas Cole, would eventually achieve renown as a master landscape artist and the founder of the Hudson River School of painting. After a few years spent in Ohio and Pennsylvania as an itinerant portrait painter, young Cole eventually arrived in New York and, eager to explore, took a fateful trip up the Hudson River to the Catskills. Love at first sight. He painted three scenes from the Catskills and exhibited them in New York City, where they caught the attention of men prominent in the art world. One was Asher B. Durand, who became a lifelong friend of Cole. His career was launched.

In 1836 Cole married Maria Bartow of Catskill, and from then until his untimely death at the age of forty-seven he made Cedar Grove in Catskill his home (after his death, Maria and their children continued to live there). Cedar Grove stayed in the Cole family until 1979. The Greene County Historical Society bought the property in 1998, and in 1999 it was declared a National Historic Site. After extensive restoration work Cedar Grove was opened to the public in 2001, for Thomas Cole’s 200th birthday, . It is now the venue for important exhibitions and lectures related to the Hudson River School artists. 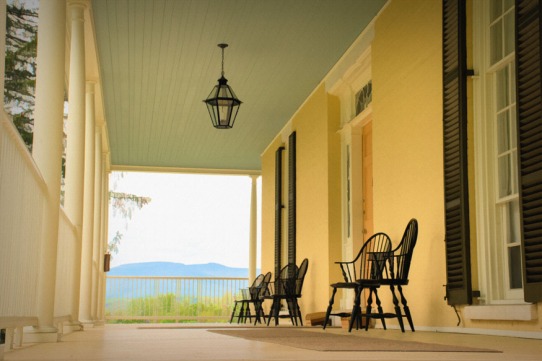 In 2018 the Thomas Cole National Historic Site celebrates the 200th anniversary of Cole’s arrival in the USA with an exhibition titled Picturesque and Sublime: Thomas Cole’s Trans-Atlantic Inheritance. The first lecture of the season featured Tim Barringer, co-curator of the exhibition and professor of Art History at Yale, introducing this major show. It’s tempting to think of someone who is dubbed a “founder” or a “first” as someone who has made all things new, but in fact, a close study of history tells us that this isn’t so. Dr. Barringer’s lecture as well as the exhibition and the gorgeous catalogue produced for it are immensely enlightening about Cole’s artistic roots and inspirations.

To learn more about the Thomas Cole Historic Site and its events and programs, visit its website at http://thomascole.org.